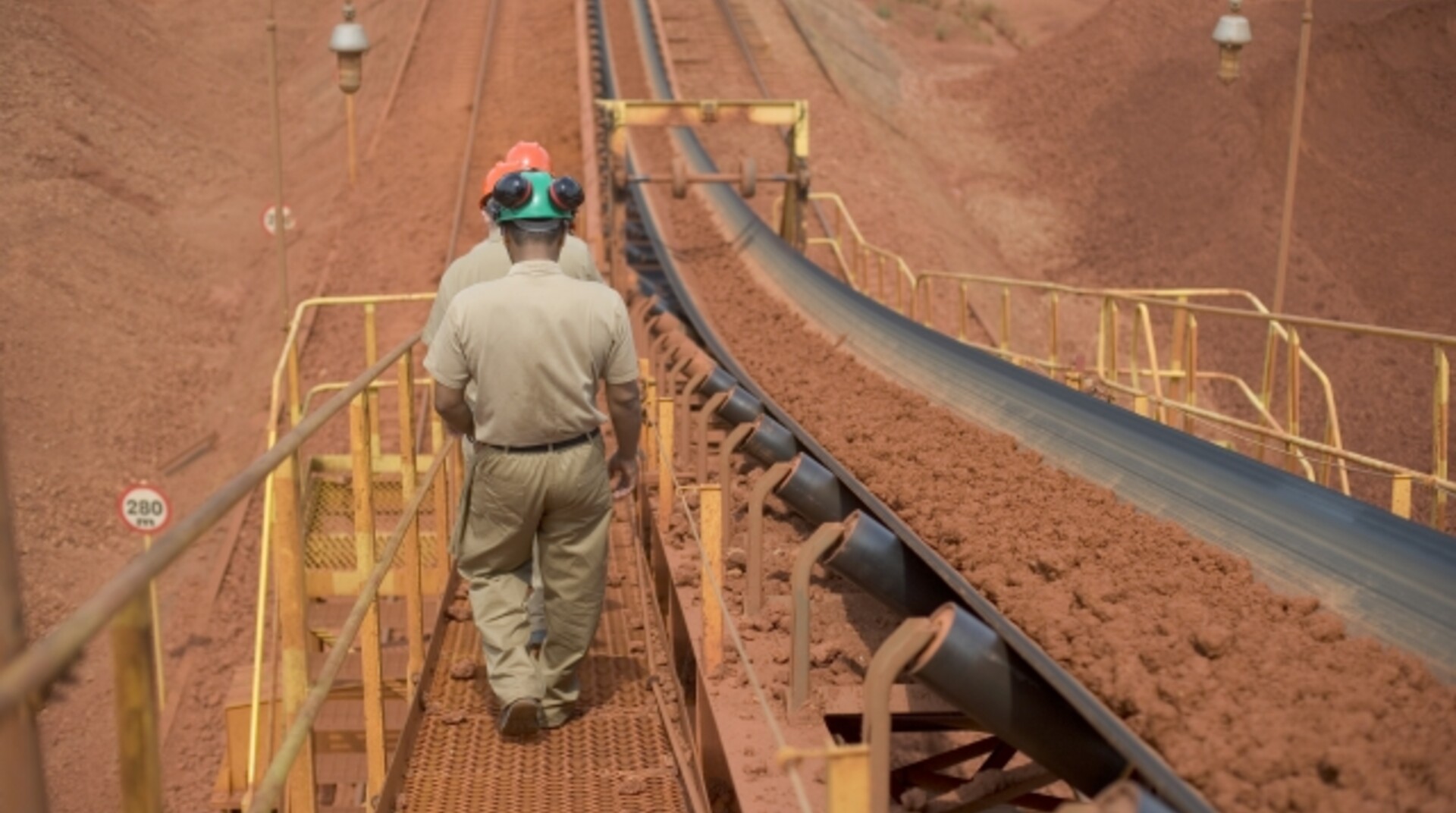 Bauxite ore is the world’s primary source of aluminum. The ore must first be chemically processed to produce alumina (aluminum oxide).

The Basic Element of Aluminum Production

Bauxite ore is the world’s main source of aluminum

Bauxite is a rock formed from a reddish clay material called laterite soil and is most commonly found in tropical or subtropical regions. Bauxite is primarily comprised of aluminum oxide compounds (alumina), silica, iron oxides and titanium dioxide. Approximately 70 percent of the world’s bauxite production is refined through the Bayer chemical process into alumina. Alumina is then refined into pure aluminum metal through the Hall–Héroult electrolytic process.

Bauxite is usually found near the surface of terrain and can be strip-mined economically. The industry has taken a leadership role in environmental conservation efforts. When the land is cleared prior to mining, the topsoil is stored so it can be replaced during rehabilitation. During the strip-mining process, bauxite is broken up and taken out of the mine to an alumina refinery. Once mining is complete, the topsoil is replaced and the area undergoes a restoration process. When the ore is mined in forested areas, an average of 80 percent of the land is returned to its native ecosystem.

Tens of millions of metric tons of bauxite are mined each year. The leaders in bauxite production include Australia, China, Brazil, India and Guinea. The United States has small amounts of bauxite ore located in Arkansas, Alabama and Georgia. However, very little mining is done in the United States today.

Environmental restoration goals continue to advance. A biodiversity-restoration project under way in Western Australia provides a leading example. The goal: to reestablish the equivalent level of plant species richness in rehabilitated areas equal to the un-mined Jarrah forest. (A Jarrah forest is tall open forest. Eucalyptus marginata is the dominant tree.)

Les Baux, the Home of Bauxite

Bauxite was named after the village of Les Baux by Pierre Berthe. This French geologist found the ore in nearby deposits. He was the first to discover that bauxite contained aluminum.