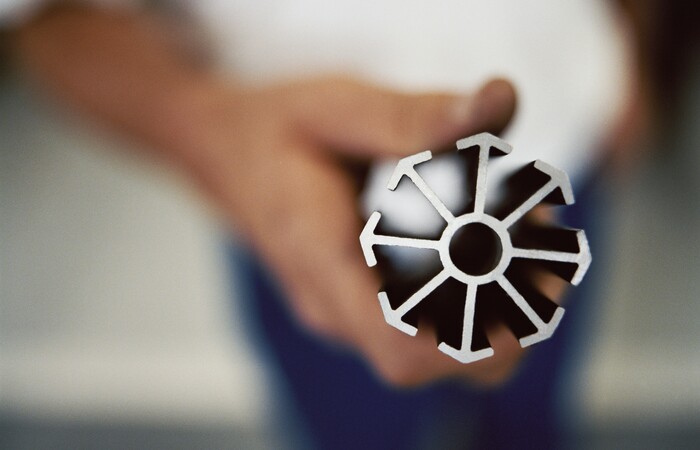 For more than 60 years, the Aluminum Association has worked with the industry to develop and maintain technical standards for aluminum production.

From designating alloys and answering technical questions to engaging with the academic community, our standards program is the backbone of a vital system that facilitates the production, sale and use of aluminum.

Through the work of our standards team and the Technical Committee on Product Standards (TCPS), the association serves as the major standard setting organization for the global aluminum industry. This includes registering new aluminum alloys and products, managing and updating publications, and more.

Aluminum’s properties such as strength, density, workability, electrical conductivity and corrosion resistance are affected by adding other elements such as magnesium, silicon or zinc.

America’s favorite beverage container, the aluminum can, is made from multiple aluminum alloys. The shell of the can is composed of 3004 and the lid is made from 5182. Sometimes it takes more than one alloy to make one, everyday item.

Aluminum alloys can be made stronger through heat-treatment or cold working. The attributes of a particular alloy are different because of their additives and treatment.

More than 60 years ago, the Aluminum Association established the wrought alloy designation system through its Technical Committee on Product Standards (TCPS), which was adopted in the US in 1954.

Three years later, the system was approved as American National Standard H35.1. This designation system was officially adopted by the International Signatories of the Declaration of Accord in 1970 and became an international designation system.  In the same year, Standards Committee H35 on Aluminum Alloys was authorized by the American National Standards Institute (ANSI), with the Association serving as the Secretariat. The Association has served as the major standard setting organization for the global aluminum industry ever since.

The alloy registration system is currently managed by the Association’s TCPS.  The whole process, from registering a new alloy to assigning a new designation, takes between 60 to 90 days. When the current system was originally developed in 1954, the list included 75 unique chemical compositions. Today, there are more than 530 registered active compositions and that number continues to grow. That underscores how versatile and ubiquitous aluminum has become in our modern world.

Some alloys are strengthened by solution heat-treating and then quenching, or rapid cooling.  Heat treating takes the solid, alloyed metal and heats it to a specific point.  The alloy elements, called solute, are homogeneously distributed with the aluminum putting them in a solid solution.  The metal is subsequently quenched, or rapidly cooled, which freezes the solute atoms in place.  The solute atoms consequently combine into a finely distributed precipitate.  This occurs at room temperature which is called natural aging or in a low temperature furnace operation which is called artificial aging.

Non-heat treated alloys are strengthened through cold-working. Cold working occurs during rolling or forging methods and is the action of “working” the metal to make it stronger.  For example, when rolling aluminum down to thinner gauges, it gets stronger.  This is because cold working builds up dislocations and vacancies in the structure, which then inhibits the movement of atoms relative to each other.  This increases the strength of the metal.  Alloying elements like magnesium intensify this effect, resulting in even higher strength.

Manganese is the major alloying element in this series, often with smaller amounts of magnesium added.  However, only a limited percentage of manganese can be effectively added to aluminum.  3003 is a popular alloy for general purpose because it has moderate strength and good workability and may be used in applications such as heat exchangers and cooking utensils.  Alloy 3004 and its modifications are used in the bodies of aluminum beverage cans.

The American National Standards Institute (ANSI) Accredited Standards Committee (ASC) H35 oversees and approves changes for five different ANSI aluminum standards. Committee members are comprised of producers, users, general interest and distributors of aluminum, who are mostly not members of the Aluminum Association. The Association is secretariat of this committee and oversees all work related to updating ANSI H35.1, H35.2, H35.3, H35.4 and H35.5, which establish the designation systems for various forms of aluminum and inform other publications produced by the Association.

The registration of alloys and products standards follow specific rules as prescribed in the pertinent American National Standards and the registration records.

To facilitate understanding of the basic registration criteria and the information required to consider registration requests for various alloys and product standards, the below-listed forms have been created. Each form includes a template in Word that can be completed by a potential registrant for submission to The Aluminum Association.

The majority of the association’s standards activities are carried out by the Technical Committee on Product Standards (TCPS) in accordance with the Aluminum Association procedures governing these activities.

Committees may also form technical committees to work on specific standards that affect their products. For example, the Electrical Division has a Task Group of AA Representatives on National Electrical Code Panels.

To request a copy of a project or to discuss placing a representative on TCPS, contact Sam Muhamed at standards@aluminum.org.

The Aluminum Association completed registration of two (2) new aluminum powder alloys 8A61.50 and 8A81.50.  In addition, the stress corrosion resistance was revised for temper 2297-T87.

Note: The chemical composition limits of the registered alloys of the Purple Sheets are available here.

Under Review by Technical Committee on Product Standards