Aluminum is an essential element of modern life. Virtually everyone uses aluminum every single day. You're likely never more than six feet away from a piece of aluminum – from the cars and airplanes that transport us, to the eyeglasses that help us see, the computers and phones we use, the roofs above our heads, the foil and cans that protect our food, even the zippers on our clothes.

Aluminum is infinitely recyclable and nearly 75% of all aluminum ever produced is still in use today.

Aluminum is one of the most energy efficient and sustainable building materials, helping builders gain LEED certification.

Modern air and space flight would not be possible without the development of lightweight but high strength aluminum alloys.

Aluminum is the most widely used material in modern solar panels, accounting for more than 85 percent of most solar photovoltaic components.

Highly versatile aluminum can be thin and bendable like kitchen foil, or rigid and durable enough to use in military armor plate.

Aluminum is a showcase material in some of the most popular consumer electronics today, from the Apple iPhone to the latest flat-screen TVs.

Aluminum beverage cans contain far more recycled content than glass or plastic and save huge amounts of energy in transportation and refrigeration.

Aluminum is the most abundant metal in the earth’s crust and is equally abundant in our everyday life—from kitchen foil to beverage cans to airplanes to automobiles. The modern aluminum production process from bauxite mining to refining to production to recycling has changed the way the world operates. Here’s how the process works – from bauxite mining to product recycling and back again. 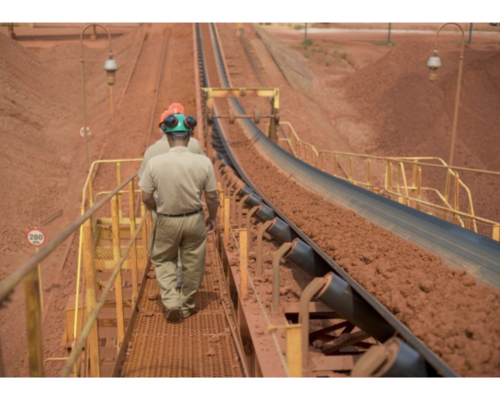 Bauxite ore is the world’s primary source of aluminum. The ore must first be chemically processed to produce alumina (aluminum oxide). Alumina is then smelted using an electrolysis process to produce pure aluminum metal. Bauxite is typically found in topsoil located in various tropical and subtropical regions. The ore is acquired through environmentally responsible strip-mining operations. Bauxite reserves are most plentiful in Africa, Oceania and South America. Reserves are projected to last for centuries. 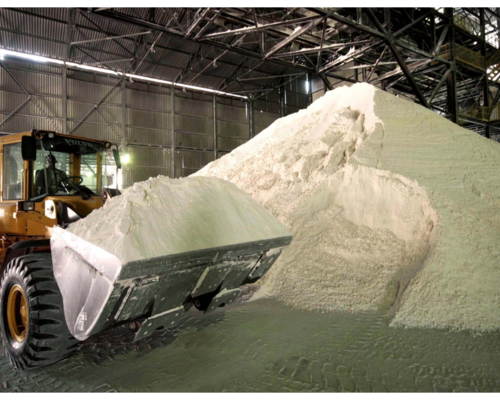 Alumina is the common name given to aluminum oxide (Al2O3). Alumina is produced from bauxite, an ore that is mined from topsoil in various tropical and subtropical regions. The Bayer process, discovered in 1887, is the primary process by which alumina is extracted from bauxite. When refined from bauxite, alumina generally looks like a white powder similar to table salt or granular sugar. To produce pure aluminum, alumina is smelted using the Hall–Héroult electrolytic process to make primary aluminum. There is only a small amount of alumina refining capacity remaining in the United States. 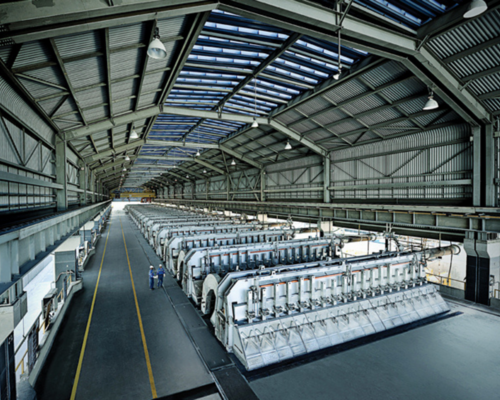 Primary production is the process by which alumina is smelted to pure aluminum metal. The Hall–Héroult process, simultaneously discovered in 1886 by American Charles Martin Hall and Frenchman Paul Héroult, continues as the main industrial process by which primary aluminum is made. In 1888, Martin founded the first large-scale aluminum production plant in Pittsburgh which later became the Aluminum Company of America and eventually Alcoa. 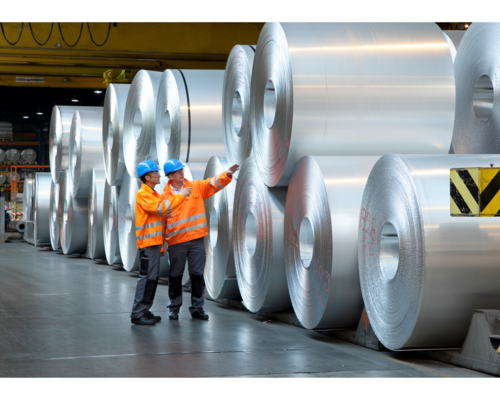 Between the production of aluminum from bauxite to well-known end products like buildings and beverage containers lies processing. The processing of aluminum—using castings, extrusions and mill products—allows the industry to support end users to become more innovative with their designs and utilize greater technologies. The most common "semi-fabricated" aluminum products are castings; extrusions; forgings; pigments & powder; rod & bar; and sheet & plate.

Aluminum is all around us, making our everyday lives easier and more efficient. It is used in literally hundreds of consumer applications—from kitchen foil and beverage cans to the highest-end vehicles and even heavy-duty military transport. Aluminum sent us to Mars, motors us to greater fuel-and cost-efficient vehicles, increases our buildings energy efficiency and facilitates our productivity through our iPads, smartphones and laptops. And that's just the tip of the iceberg. In the coming decades, demand for aluminum is projected to grow significantly as the industry continues to help make good products great and great products even better. 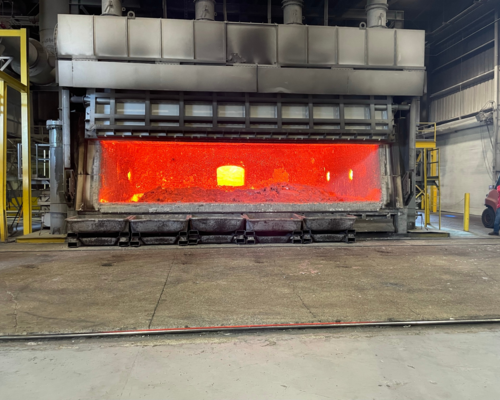 Secondary Production is the process of recycling aluminum scrap into aluminum that can be used again—an environmentally sound process that is around 95% more energy efficient than primary production. The increased adoption of recycled aluminum in manufacturing has created significant economic and environmental wins for both industry and consumers. More than 80 percent of U.S. production today is in making recycled (or secondary) aluminum. This compares to 20 to 30 percent recycled production in the 1980s.

Aluminum’s impact over the past 100 years has been so profound that historians may one day look back on our times and declare this “The Age of Aluminum.”

The start was a modest one, however. A pure form of the metal was first successfully extracted from ore in 1825 by Danish chemist Hans-Christian Oersted. The most abundant metal in the earth’s crust, metallic aluminum is never found in its pure form. It is always chemically bound with other elements, such as oxygen or chlorine. Due to the complexities of refining aluminum from ore, aluminum was considered more rare and precious than gold or silver through most of the 19th century.

In fact, Napoleon III loved the stuff so much he would serve his most honored guests on plates made from aluminum.

Aluminum: The choice of presidents

Napoleon III, the first president of the French Republic, served his state dinners on aluminum plates. Rank-and-file guests were served on dishes made with gold or silver.

The Great Depression set the stage

The Works Progress Administration hydroelectric projects started during the Great Depression were key to developing the electrical capacity needed for industrial-class aluminum production in the US.

1933: The Aluminum Association is founded

Aluminum goes to the moon

Human flight was made possible by aluminum. From the Wright brothers through Sputnik, to the Apollo Space Program and beyond, aluminum has been essential for major advances in aerospace technology and accomplishment.

In the early 1900s, U.S. business leaders and industrialists quickly recognized aluminum’s superior properties. Power transmission lines and elevated train electrical wiring were among the first to benefit from the electrical advantages of aluminum. Aluminum found early industrial uses in engines, such as the one built in 1903 by the Wright brothers to power their first biplane.

Aluminum foil entered the market in 1910 and quickly became popular in providing air tight packaging for food and tobacco products.

With the onset of World War II, aluminum became a key strategic metal. Primary uses of aluminum included the construction of aircraft frames, ship infrastructure, radar chaff and millions of mess kits. America’s supply of bauxite and readily available electricity for primary metal production resulted in soaring output that eventually topped the production levels of all of the Axis countries combined. On the homefront, aluminum recycling got an early start. “Tin foil drives” included an offer of free movie tickets in exchange for aluminum foil balls.

The early 1950s saw the development of the iconic white-enamel/aluminum-frame washers and dryers. In 1959, Coors Brewing popularized the two-piece aluminum can with a pop-top lid. Equally innovative, a cash payment recycling offer was established for cans returned to the brewery.

In the 1980s, space shuttles were launched with an aluminum external tank and rocket boosters fueled with aluminum powder. Today, aluminum wiring is the top choice for utility and power transmission networks.

Steve Jobs recognized both the beauty and strength of aluminum, creating a thin, light product line of laptops, iPads and iPhones. What once was one of the most precious metals on earth, this “King of Metals,” is still growing in a number of applications. Aluminum-ion batteries, nanotechnology, advanced alloys for space vehicles—the aluminum industry now ushers the world into the second century of "The Age of Aluminum."

The U.S. aluminum industry is a key element of the nation's manufacturing base. Strong, lightweight and recyclable, aluminum is a material uniquely suited to meet the needs and challenges of the 21st century. From increasing vehicle fuel efficiency to green building products to sustainable packaging, aluminum is well positioned in the U.S. and global markets.

For nearly a decade, the Aluminum Association has worked with research firm John Dunham & Associates to produce economic impact impact studies that capture U.S. aluminum jobs, wages, output and other information on an ongoing basis. 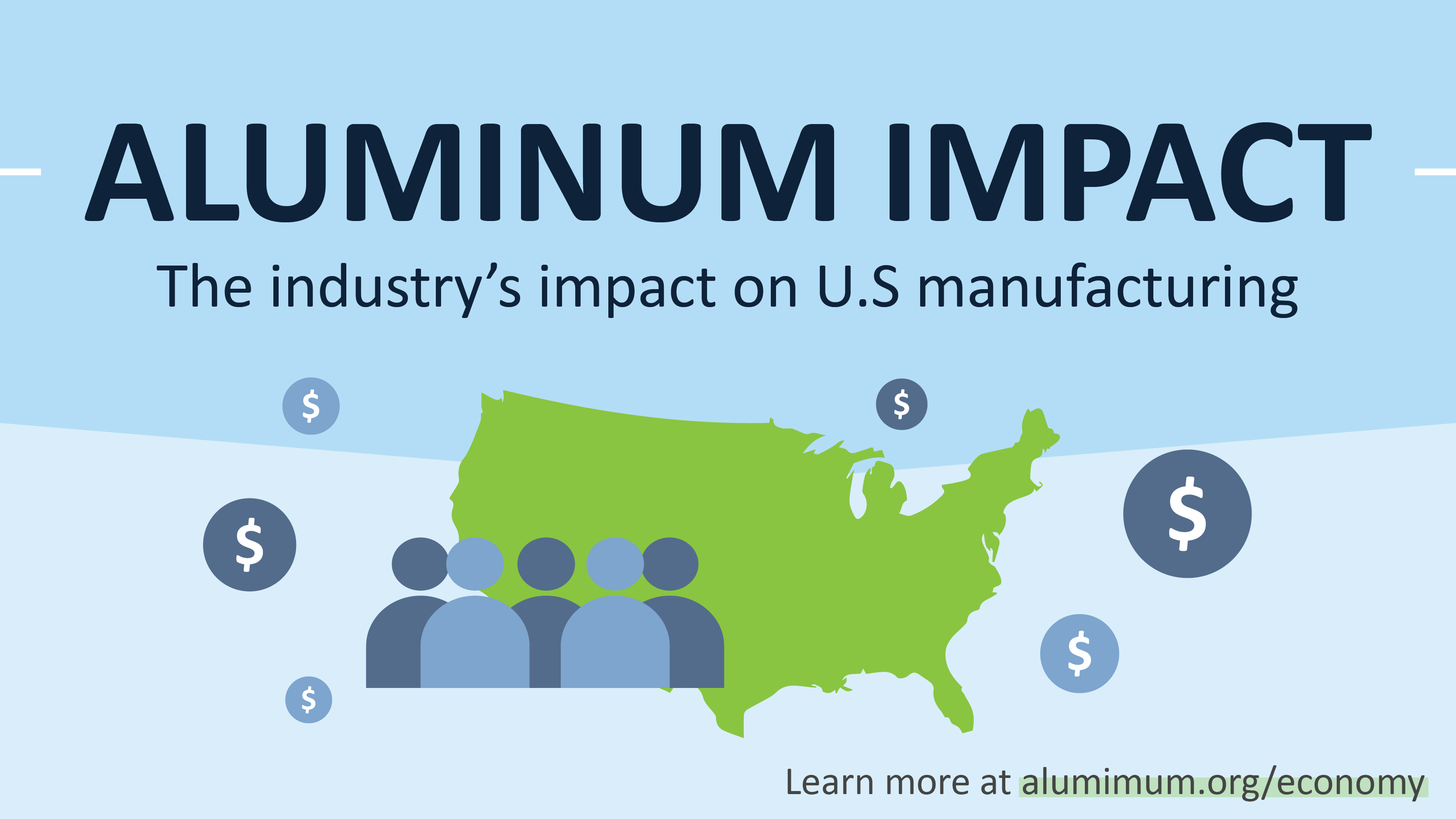